Before I started the Dukan diet I used to eat many products without really paying attention to the nutrition contents in them, or often even not questioning WHY I eat them.

Going on a diet and trying to change my eating habits opened my eyes to the amount of things I was eating that I didn't really need to. All the butter, fatty cheese, ham, oils, sugars. The revelations was: I actually didn't really crave most of them, nor did the taste of the dishes I cook change THAT much.

I would like to share with you those tips, which are really helpful in the long run.

First of all, I didn't even realise how many calories I was taking in through eating excessive amounts of butter or unnecessary oil. A tablespoon of oil can have on average a shocking 120calories. That's like having two eggs extra in your omlette if you make it with oil!

When I went on the Dukan diet, I bought, thanks to a friends advice - a fantastic product - spray oil

. I even got two tastes: sunflower oil and butter. With only one calorie a spray (at least that's what it says on the packet!),

I could have a nice aromatic coating on the pan with just a few calories, and the omelette was just as good as it was before. Can't go wrong with that! 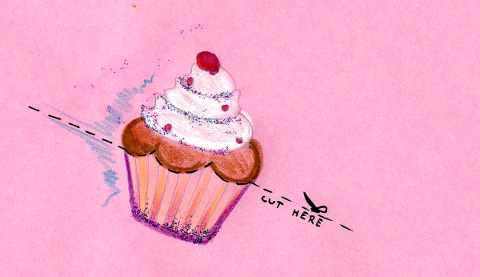 So, when trying to cut calories in a diet, the first ones should actually be the ones in products that don't change the taste of your meals much anyway, but you will notice you add them out of tradition, or just being used to it. That will let you have the products and meals you like, only in lower calorie versions.

I agree with the idea behind "Cook Yourself Thin"

where you are allowed to indulge in food. It's actually encouraged. Because a diet is not only about loosing weight but if you have a LOT of pounds to lose, it will be a lifestyle you have to keep up for months. And after you actually reached your goal weight there is still the matter of maintaining it.

In my journey through dieting, I found that I can never keep up a diet on which I have to eat things I don't enjoy, so the key to losing weight is making the 'diet food' pleasurable. That way you don't think about all those things you cannot have, and instead, focus on the delicious, new kinds of meals you CAN indulge guilt free.

Here are a few easy tips to use on the Dukan diet - simple swaps that will help you feel you're still having 'normal' food:

The Dukan diet book covers all the Do's and Dont's of eating anyway, but I'm sure those tips will help you in the later phases to not fall of the bandwagon. Now that I'm somewhere between phase 3 and 4 and still losing weight in my own way, the rules I learned early on really help. Instead of adding a bit of oil into the food I eat here and there, so I don't even notice it, I have a chocolate from time to time and really take my time enjoying it :).

Bottomline: If it doesn't change the food taste much, but adds a lot of calories - cut it out of your diet painlessly.

Artist, illustrator, photographer, designer, stylist, retro fashion lover. Katrina has a passion for makovers & shopping, and loves showing people the beauty they don't realise about themselves. 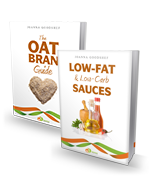 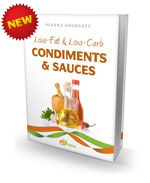